No new car can function without on-board computers that require complex automotive PCB printed circuit boards to function. More and more car models on the market offer 24-GHz mmWave short-range radar (SRR) systems. In order to really contribute to the transformation of automotive electronic systems, the use of radar systems will greatly enhance the safety performance of automobiles.

The increase in the degree of automotive electronics has correspondingly driven the demand for automotive PCB Suppliers, and the amount of PCBs used in new energy vehicles is 5-8 times that of traditional vehicles. The electronic difference between hybrid and pure electric vehicles is mainly in the battery. As far as the value of the vehicle is concerned, the incremental demand brought by the two is basically the same, so there is no need to distinguish them. Whether it is pure electric or hybrid, the increase in automotive PCB demand mainly comes from the electronic control system, and a small part comes from electric drives and power batteries.

The PCB cost of traditional compact, mid-to-high-end cars, hybrid cars, and pure electric cars accounts for 15%, 20%, 47%, and 65% of the entire vehicle, respectively. Under the background of automobile electrification, it is expected that the electrification rate of automobiles will increase to nearly 50% between 2020 and 2030, much higher than the 4.8pct increase during 2010-2020.

New energy vehicles have a higher degree of electronics. New energy vehicles are represented by electric vehicles. Compared with traditional fuel vehicles, the main difference lies in the four major components, drive motor, speed controller, power battery, and on-board charger. The on-board battery is used as the energy source and the motor is used as the power. The source drives the vehicle, and the standard of the required automotive PCB Suppliers is also higher. Electronic devices account for about 25% of the cost of traditional luxury cars, and 45% to 65% of the cost of new energy vehicles.

A new growth point for automotive PCBs. Lithium battery is the core energy of new energy vehicles. In order to ensure the safe and reliable operation of the battery, it is necessary to monitor the battery in real time through the battery management system (BMS). BMS is also called the brain of the battery system of the electric vehicle. The system together constitutes the three core technologies of electric vehicles. PCB is the hardware foundation of BMS. A large bus has 12 to 24 automotive PCB boards, and a small car has 8 to 12 automotive PCB boards. The main control circuit consumes about 0.24 square meters, and the single management unit is 2 to 2 3 square meters, automotive PCB will usher in a large volume with the growth of the market size of new energy vehicles.

Get Automotive PCB Suppliers in China

Get Automotive PCB Suppliers in China

Reprint: Thank you for your recognition of the website platform and your favor on our original works and articles. You are very welcome to share with your personal webmaster or circle of friends, but please indicate the source of the article "https://www.infopcb.com" when reprinting. 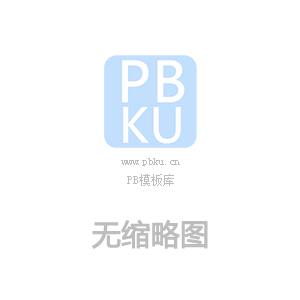